Proven restorative strategies used in our clinical practice to help you thrive amidst the stress of today’s world.

We strongly believe homegrown herbs to be vastly superior. Imports from afar lack necessary controls, and those of us in the business can attest to their declining quality. A healthy agricultural base is built upon an abundance of small local farms. That’s what AV Botanical Gardens is about.

“Coffee enemas have been used for over a hundred years as a detoxification procedure to stimulate the liver/gallbladder elimination pathways. Physicians worldwide have confirmed the efficacy of coffee enemas in health-restoring protocols, while noting a 600% increase in the production of glutathione, the body’s most critical antioxidant.

The uptake of coffee via the lower bowel bypasses the digestive system, with a much different affect than the oral inbibition of coffee. Coffee enemas became a necessary adjunct to Bio-Terrain protocols during my clinical years in the management of chronic degenerative conditions. The addition of organic cleansing herbs, with the healing, nutritive and alkalizing attributes of Aloe, Chaga and Bicarbonate to the base of organic Green Coffee have made this formula a remarkable breakthrough technology to combat the unfortunate escalation in exposure to environmental contaminants.”

Essential nutrition, emotional health and physical hygiene are the 3 pillars of health. The Alfa Vedic Essential Body Care line addresses physical hygiene with original formulations we developed over years of private practice. The extraordinary demands placed on our bodies in recent times requires extra measures to both protect and thrive.

Wildcrafted Chaga Mushroom – Considered the most sought mushroom on earth for it’s adaptogenic qualities and numerous health benefits, it’s effects will support the health and repair of the intestinal lining within this intestinal irrigation formula, while being absorbed immediately for a systemic benefit.

Organic Aloe 200:1 concentrate – A potent 200:1 concentrate of Aloe is central to this formula for its anti-bacterial, anti-fungal, anti-viral, anti-inflammatory, and immune building capabilities. It is especially important in colonic irrigation for its healing and alkalizing qualities, while assisting in the detoxification process. 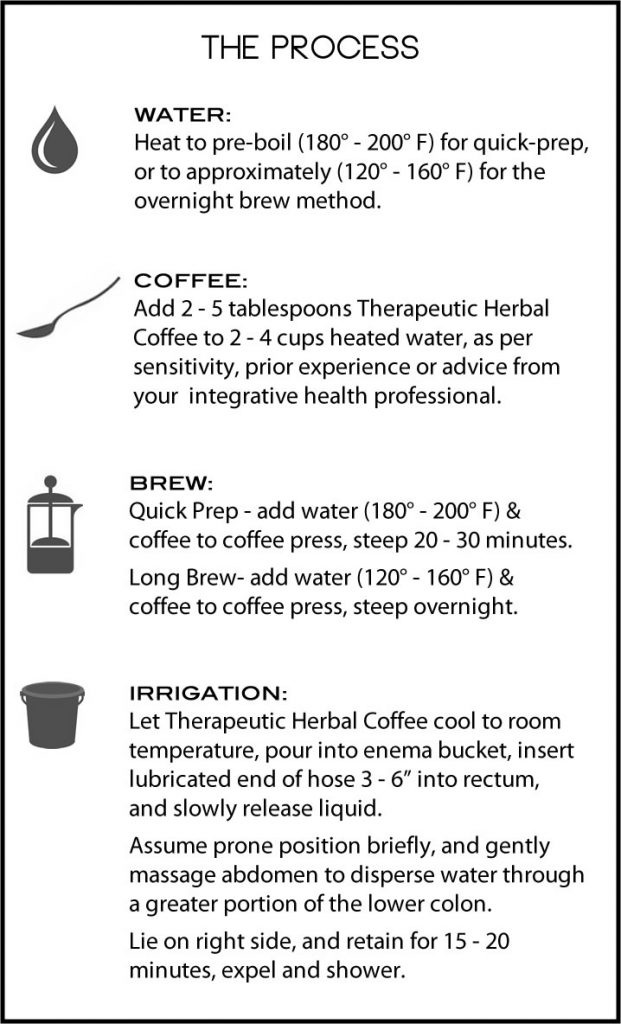