Advanced herbal medicine was commonplace throughout European history, and the early alchemists, such as Paracelsus understood methodologies to greatly amplify the positive effects of herbal preparations. From these roots the Physic Garden was born with accounts dating to the time of Charlemagne, and punctuated with the work of later luminaries, such as Rudolph Steiner.

The Physic Garden was the foundation of early European Medicine, and any self-respecting physician administered medicine produced from his own garden. Early herbalists innovated formulations requiring an advanced knowledge of both botany and science within the context of Natural Law.  Methods included spagyricism, gemmotherapy, elixirs, common infusions, decoctions and tinctures.

Alfa Vedic Botanical Gardens presently feature a variety of prominent herbal medicinals core to Ayurveda, Chinese Medicine and traditional European pharmacopeia. Every plant is an archetypal component of the human experience, which reveals itself during the growing process. That’s why we grow our own!

Be advised! Due to current nation-wide shipping issues, some packages may be delayed by USPS. Dismiss 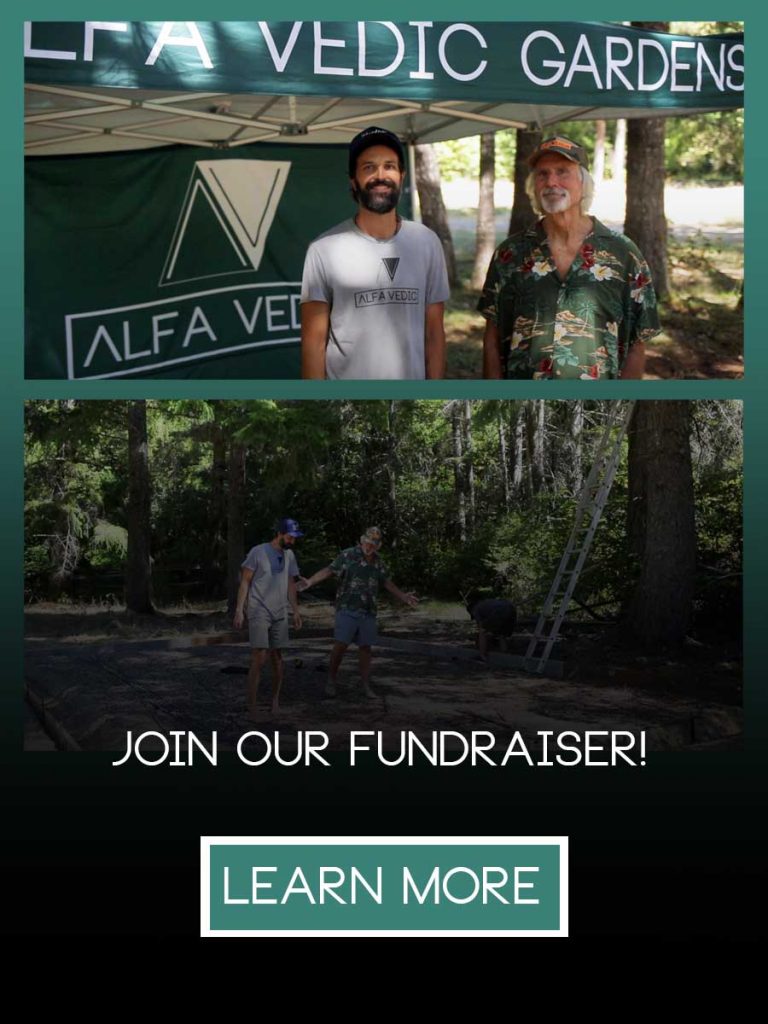